AV Terminology
Generally, the difference between automatic (or automated) and autonomous is the degree of human intervention.  An automated car does not have the level of intelligence or independence that an autonomous car has.  So driverless and autonomous are nearer to synonyms, as are self-driving and automated.  A truly autonomous car would decide on destination and route as well as control within the lanes.  An automated car would follow orders about destination and route, and may only adopt some lane-keeping or car-following guidance.  For more information, see this article: On the Differences between Autonomous, Automated, Self-Driving, and Driverless Cars.
Six levels are defined for automated driving technology by the SAE.  The diagram below is reprinted from NHTSA’s summary of the levels. 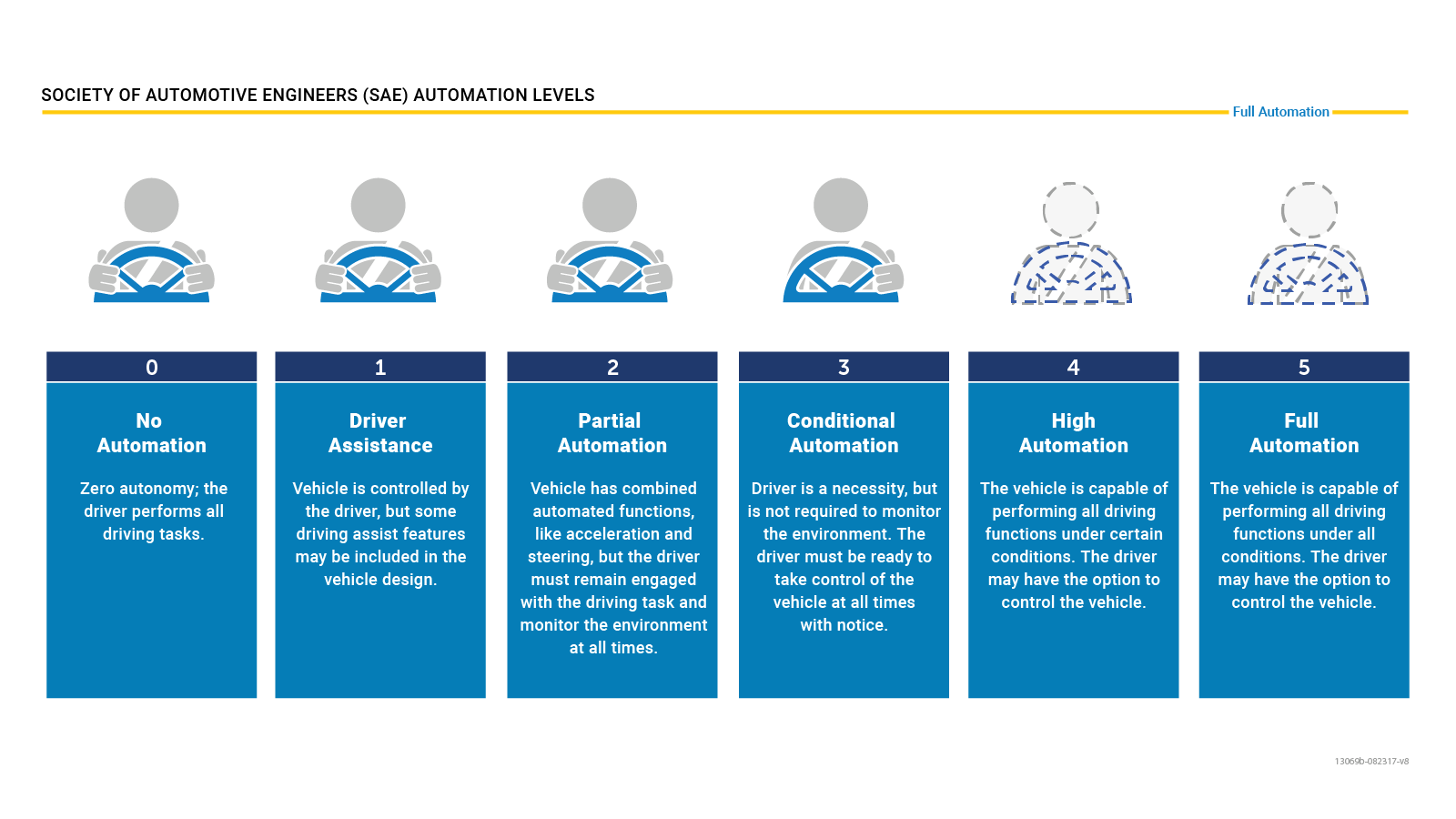 ADAS (Advanced Driver Assistance Systems)
Advanced Driver Assistance Systems (or ADAS) can be thought of as the link between human-driven vehicles and fully autonomous vehicles.  ADAS generally take over a portion of the driving task from the human driver, or else they support the driver in difficult tasks.  ADAS include many of the systems shown in the image below, reprinted from mycardoeswhat.org.

Automated vehicles and technologies constitute an incredibly broad and complex array of research and development topics. 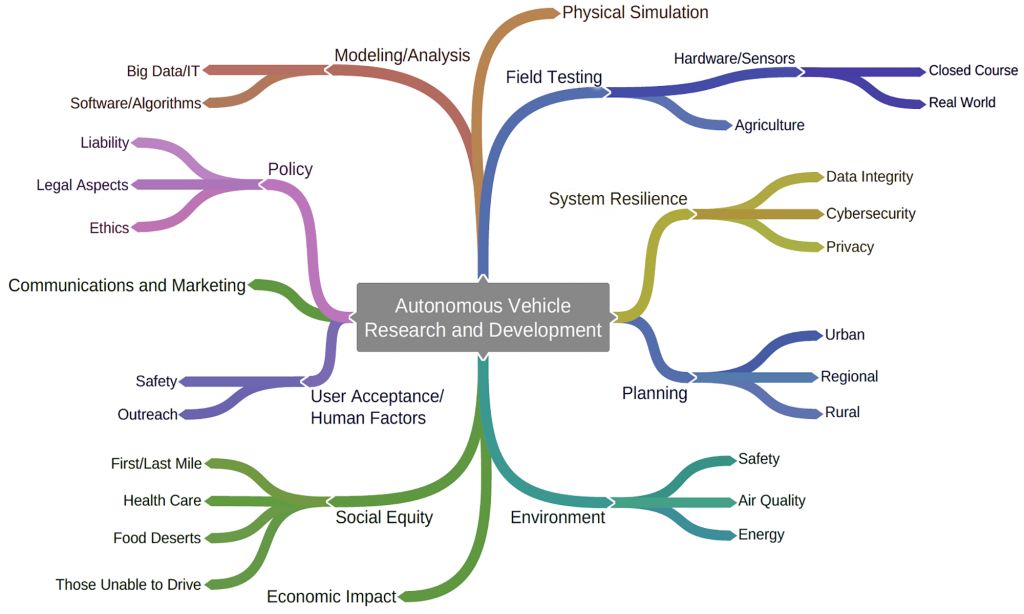 Click the menu items to learn more, or contact the Wisconsin AV Proving Grounds to get involved.