Bi-partisan support in the Senate for AV/CV funding. Thank you to our Senator Tammy Baldwin! 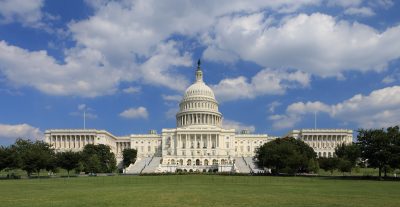 “The auto industry is in the midst of a seismic technological shift that will revolutionize the transportation of people and goods in our lifetime. Connected and self-driving cars can reduce dramatically the more than 35,000 lives lost on our roads and highways every year and fundamentally transform the way we get around,” wrote the Senators.

“Connected and automated vehicles are going to be developed abroad if we do not take the lead in making sure these technologies are advanced right here in the United States,” the Senators continued. “Identifying and selecting these initial proving grounds was a crucial first step, but USDOT must now be given the resources to work quickly to ensure that testing and evaluation at these facilities can begin as soon as possible.”

Connected and automated vehicle technologies have the potential to reduce traffic accidents, save thousands of lives lost on American roads each year, and ensure that the United States remains at the forefront of groundbreaking automotive innovation. Last year, at Senator Peters’ urging, USDOT opened a competition to designate national testing facilities for advanced automotive technologies. In January, USDOT named ten facilities across the country as federally-designated proving grounds for the development of automated vehicles. Prior to these designations, there was no national testing facility in the United States for CAV technologies.

A copy of the letter is available here.