How Cities Can Digitize Their 21st Century Mobility Policies 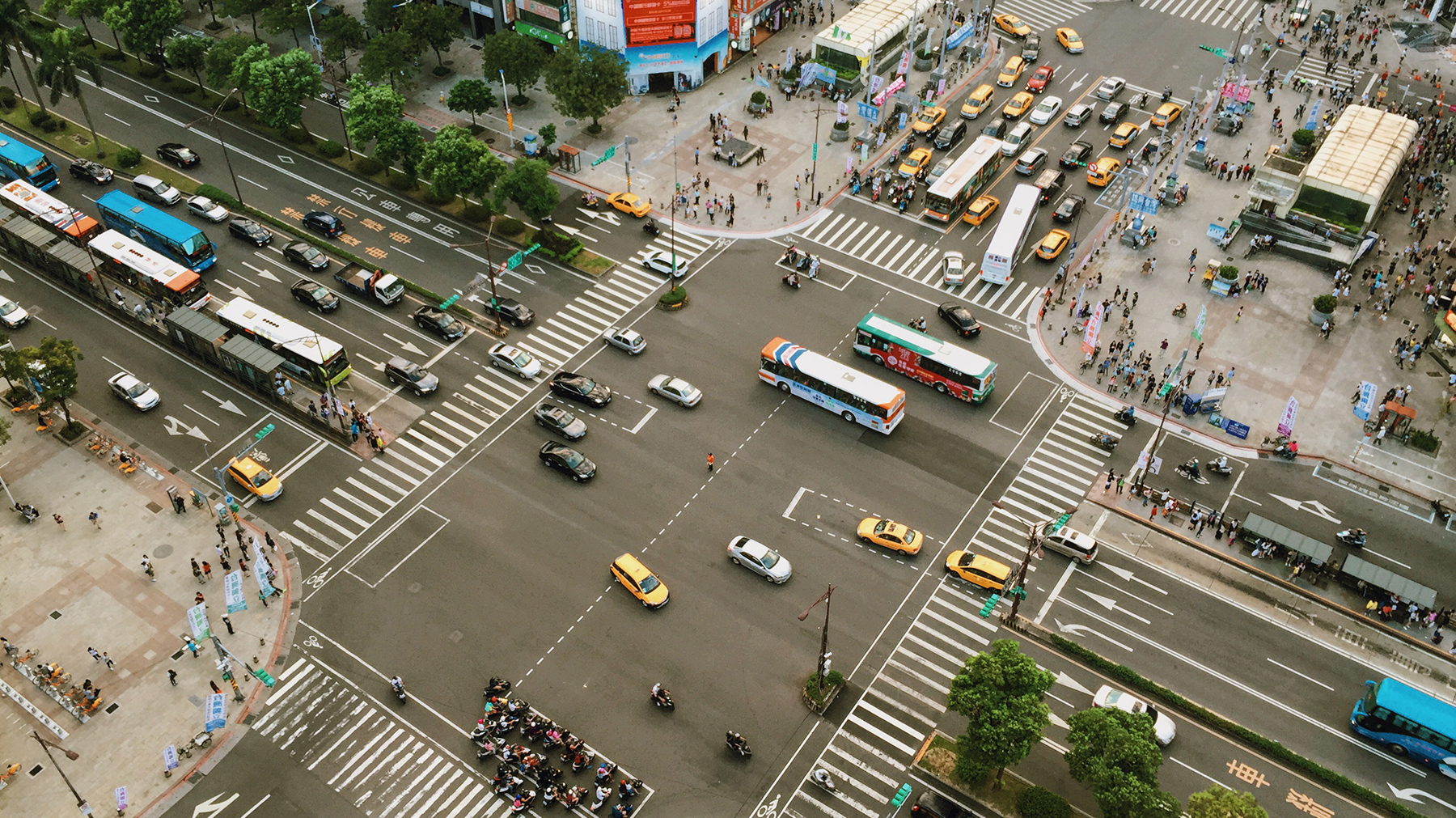 Every morning on my way to work, I drive through what could be the most over-engineered intersection east of the Mississippi.

This rather typical four-way crossroads is packed with an atypical and whopping 36 traffic lights (if you count each red, yellow and green light), 8 pedestrian crosswalk signals, 6 strategically placed video cameras, and a spattering of street signs – 14 specifically – indicating street names, speed limits, turn lanes, parking and bus zones. All that gear to manage one intersection!

When I described the scene to a friend over lunch one day, he joked: “That, there, is the face of big government and the visible overreach of the administrative state.”

Overreach or not, cities have always been responsible for managing their surface transportation network, and for the better part of the last century, they did so using analog systems like stop signs, lane markings, curbs, and police officers.

Today, however, we are moving into a new digital-age of transportation with ride-hailing, micro-mobility, drones, and autonomous vehicles. If cities are to live up to their mandate in this brave new world, they must not only have policies in place about this digital world, but they also must embed policies directly into this digital world – in other words, digitize their policies.

Afterall, decisions are happening at lightning speeds in the digital realm. From the GPS-based route optimization when you order a ride, to the payment systems for the ride service, to the safety-critical vehicle-to-infrastructure communication systems, the digital world is where the action is happening.  And remember, part of the promise of autonomous vehicles is that they will one day remove the human from the driving equation entirely, ultimately shifting all of the decision making to the digital world.

Which is why Chicago, Portland, Los Angeles, Miami, Seattle, San Francisco, Austin, and other cities jumped to form the Open Mobility Foundation (OMF), whose mission is to govern the new Mobility Data Specification (MDS).

MDS is a set of data specifications and data sharing requirements that force mobility companies to report basic data on the location and use of their equipment. While MDS, in its current form, is focused on e-scooters and e-bicycles, it was originally developed by the LA DOT to better manage AV deployments, and extending it to AVs remains a goal.

But MDS alone won’t enable digital traffic management.  Cities will also need a high definition map of the city, or as the latest “Technology Action Plan” [pdf] by the Los Angeles Department of Transportation describes it, a “digital infrastructure that mirrors the current hardscape and that gives transportation assets like curbs, streets, sidewalks, airspace, and subterranean space a digital identity.”

By combining MDS with a digital twin of the urban environment, cities will finally be in a position to digitally – and actively – manage private sector service providers.

For instance, a city could digitize their AV policies directly into the digital twin—in other words, embed into the universal map rules like speed limits and where and when vehicles can park, instead of relying on street signs that AVs may or may not recognize.

Furthermore, using the MDS protocol, not only could a city track precisely where and when AVs are operating, but policy violations could be enforced in real-time, instead of relying on snail mail for ticketing.

There are around 90 cities in the world piloting MDS, according to the Executive Director of OMF, Jascha Franklin-Hodge, who shared his estimate at a recent conference in Los Angeles.

And though some folks, like my friend, may find solace in a future with fewer analog systems lining our streets, don’t be fooled by the digital regs hiding beneath the surface.